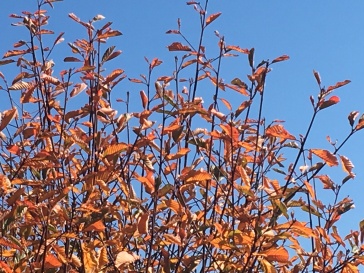 Happy new year! The last few months of 2018 were absurdly full, and we’re enjoying the winter break and looking forward to the new year, a fresh start, the lengthening days.

I had thought that after Tristan finished treatment in September, and after the giant party that marked the end of chemo, things would be simpler and calmer and quieter for a while. Not so. The void was quickly filled by chaos in various forms – pets, visitors, sports, and more.

First, at the end of September, Tristan received a long-awaited gift, finally fully approved by his oncologists at UCSF: Tickle, the baby corn snake. Tickle was installed in an aquarium in our kitchen and is the easiest pet in the universe. He is quiet, un-stinky, and totally undemanding. He rarely makes an appearance, preferring to stay snuggled under his aspen shavings. He pokes his head out now and then to see what’s going on around the kitchen table.

Then, Phoebe got two baby dwarf goats. She has become passionate about the idea of raising and selling bottle babies, which are admittedly the cutest things on the face of the earth, and she’s done gazillions of hours of internet research, compiling pages of neatly penciled notes on goat breeding, delivering babies, and raising the young. The first two babies, Sugar and Spice, were brother and sister. Unfortunately, it turns out that whoever invented the urinary tract of male goats was either out of his mind or a real jerk – they’re full of twists and turns and constrictions in all the wrong places – and poor Spice developed an obstruction. Of course, this all unraveled while Gary was on a two week-long trip to Indonesia, and it happened just after Phoebe’s filly needed an abscess in her foot drained, and simultaneously with my mare needing steroid treatment for a cough she gets every winter; I think that, all in all, in the space of two weeks, there were a total of six veterinary appointments with the large animal practice, some at our place, and some involving hauling nickering goats to the clinic. (I have suggested naming our place “Bleed Me Dry Farm” or “Financial Hemorrhage Farm”, but the kids nixed those ideas.) In the end, poor Spice and his tangled urinary tract didn’t make it, and Phoebe was crushed. I buried him at home and we painted a headstone. 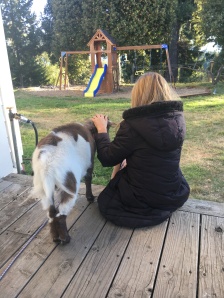 Goats are unhappy alone, we rapidly replaced Spice with Baby Girl, a teeny tiny dwarf goat still on the bottle. Baby Girl is ridiculously adorable. The day after we brought her home, she attended Thanksgiving dinner at my parents’ apartment down in town. I think that both Chris and my father were initially horrified that I brought a bovine guest to the celebration, and they did draw the line at having the goat at the table, but, by the end of the evening, Nagypapa had held the goat in this lap and Chris was crooning over her and saying that he wanted one. Baby Girl in still on the bottle, and, when we open the door for her, she click-clacks on her tiny hooves straight into the kitchen and hops up on the couch to wait for her milk. She’s been to school with Phoebe and Tristan, and she’s been to their karate classes as well, where Gary held her in his lap, thronged by goat admirers, while the kids were on the mat. 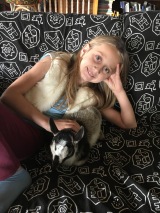 Finally, we’ve got a new puppy as well, bringing our canine total to four. (It feels like a wolf pack now.) Pip is small and cute, and his DNA test came back with absolutely hilarious results: German Shorthaired Pointer / Shih Tzu / Chihuahua / Dalmatian / and a bunch of other stuff including sighthound, e.g., Russian Wolfhound. He’s about one twentieth the size of a Russian wolfhound.

Somehow we fit in lots of sports activities around all the pet drama. Tomas played competitive soccer with AC Samoa. He loves it, and he’s good at it, and it’s a pleasure to watch him. The weekend traveling is pretty intense, but Gary willingly takes it on, and, when he can’t, Tomas is always welcome to join one of his teammates’ families for the away games. Tristan and Phoebe continued their karate lessons, and both tested during the Fall, Tristan for his advanced orange and Phoebe for her beginning blue belt. I shifted my runs from up the county road to down the logging roads below our place deep into the tall forest on our neighbor’s property, and am now usually accompanied by Otis the dog and Bella the mare; when I get tired, I hop on Bella and she brings me the rest of the way home. 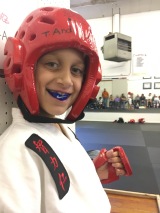 We had two fabulous visits in November. First, Jim Patton, my undergraduate mentor – now emeritus – from UC Berkeley, and his wife Carol, stayed with us when Jim came up to lecture at Humboldt State and to demonstrate a collection of specimens from Berkeley in the mammalogy labs I was teaching. Jim is a wonderful friend and a fantastic teacher. He’s also the reason I became a mammalogist and went to Michigan to study with Phil Myers, who had been Jim’s first graduate student. It was loads of fun to reconnect with him, inspiring to watch him teaching at Humboldt, and an honor to have him in our house for a few days. What a great guy. Among other things, over this visit he clarified for me that my front yard is riddled with mole mounds, not pocket gopher piles. There you have it. 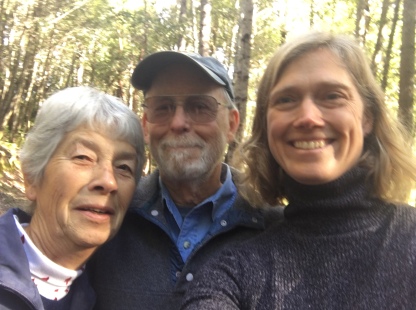 The second visit was from our old friend Betsy Yaap and her three-year old son Stanley. Betsy came for two days and stayed for a week, and that was just fine. It was fine because nothing has to be explained with Betsy – there’s a lot of shared, totally crazy history in our pasts – and Betsy is just about the mellowest, most chilled-out person I know. Gary and I met Betsy 20 years ago on Borneo, where she had come to participate in an orangutan study and where we were doing our PhD research. While we were all there together, she met a crazy, very hot Australian who was living on a river on the logging frontier and building a boat out of Bornean Ironwood. They fell in love, had two gigantic baby boys, and traveled the South China Sea on the boat. Alas, the crazy Australian was too crazy, Betsy jumped ship with the boys somewhere near Flores, and that marriage ended. She’s now married to another Australian (a chopper pilot who works in Alaska, go figure), lives in Australia, just finished a PhD in Biology, and is raising red-headed Stanley, who is quite a handful. Stanley does not wear pants and carries a red plastic spatula (a “fireman hatchet”) tucked into his underwear at the hip. For a week we laughed with Betsy, re-told all those old stories about Borneo and the ironwood boat and the forest and the orangutans, caught up on news of old friends (e.g., the crazy Australian is now wrangling feral camels and setting up a camel dairy near Adelaide, and his crazy Australian brother is still drinking Dayak hooch, still married to a smart, savvy Dayak named Yupita, and still living in Ketapang, which is no longer the logging frontier), and talked about the future.

Other bits and pieces of note:

Tomas loves his new school! He’s getting terrific grades and has made good friends. I’m totally convinced that this was the right move for a shy guy, and that two years at mid-sized Saint Bernard’s will make the transition to gigantic Eureka High School smooth and easy for him. 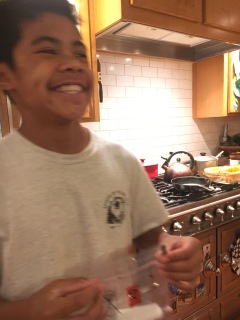 I packaged up all of Tristan’s remaining chemo and other meds and got rid of it all. It wasn’t easy! It took phone calls to three local pharmacies, UCSF, the local police department, and the local waste authority to figure out what to do, as the chemo is, apparently, a hazardous waste. (Well, if that doesn’t make me feel good about having fed it to Tristan daily for three plus years…) I finally found a DEA-designated pharmacy that would take the stuff, and I greatly enjoyed cramming all of that horrible shit into their receptacle. Goodbye chemo!

Tristan’s bloodwork, local checkups, and December quarterly appointment at UCSF all went well. He looks good and he feels good!

Oma and Nagypapa have moved to San Francisco and are settled in their beautiful second floor apartment of Chris and Agi’s building near Ocean Beach! The kids and I spent four days there over Christmas, joined by Gary for the second half. We miss them in Eureka, but it’s so nice to see them settled and happy there.

As for 2019…I’m taking the semester off from teaching, hoping to make our daily schedules a little less full and also do some traveling, now that Tristan is good to go. I’m planning a big trip to Budapest for April – Tristan and Phoebe’s first visit there! I’m also hoping to make a few other shorter trips, perhaps to see friends in Vancouver with Tomas and maybe to the East Coast with Phoebe to finish our previously abbreviated trip. Tristan and I will continue to make quarterly trips to UCSF, which now will involve visits with all of the rest of my family on Ocean Beach.

Wishing you all health and happiness for 2019! 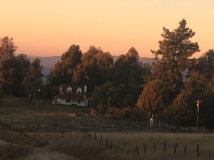 One thought on “Bleed Me Dry Farm”